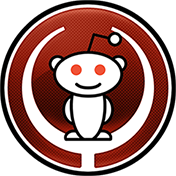 As the recent QLReddit 2v2 tournament we had was a great success, we are organising another duel tourney. The tourney is open to anyone. There are currently no prizes, although is may change.

Anyone is welcome to stream the games (especially participants!), so long as the players don’t mind and you let an admin know.

Bo3: Both players pick one map then remove maps until one tie breaker map remains.