A new premium pak has been released by Id Software. There aren’t any major game changes but there are 4 new maps to play with. Let’s get right into it.

Monastery is a medium-to-large sized map most suitable for Clan Arena, Free For All and Freeze Tag. Lots of edges and crates allow for a very dynamic map, but I’ve seen quite a bit of ledges than will certainly get abused to camp. The map’s design is fairly open as well and with the inclusion of the Railgun I foresee a lot of long shots and people trying to create a distance. In the center, at the bottom, is the Quad location. It’s positioned under the big tower and is open on 2 sides which makes it prone to a lot of grenade and rocket spam. All in all an enjoyable map and visually appeasing and it will fare well for it’s intended gametypes. 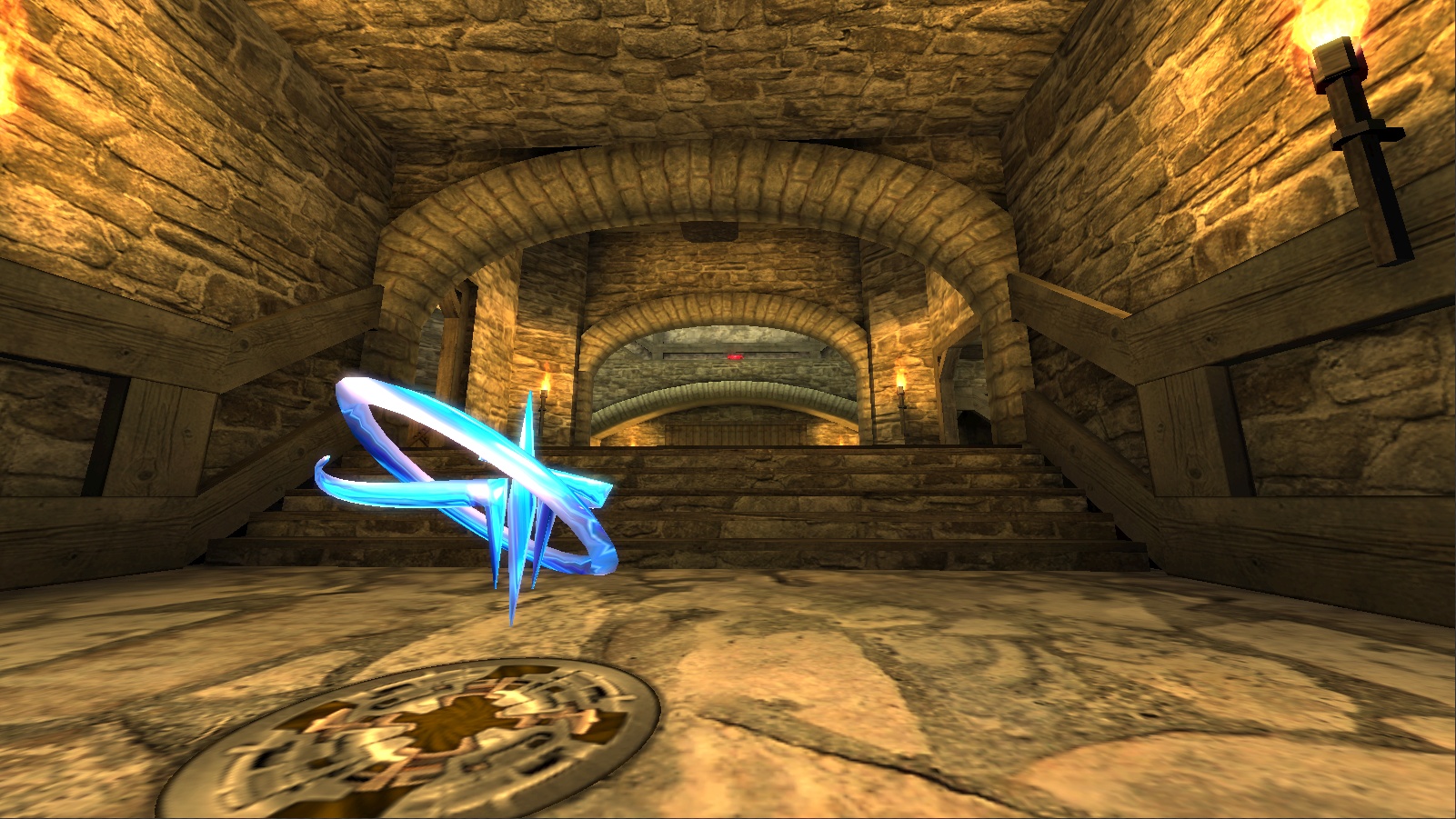 Shaken Not Stirred is another medium-to-large map that Id Software has made suitable for “large” Clan Arena matches. Same as with Monastery, this map is also suitable for Free For All and Freeze Tag, but Shaken Not Stirred also has support for the Race mode. I have to say, this map is a visual stunner. It’s a continuation of Seams And Bolts, a smaller map, as it’s center layout is identical. Shaken Not Stirred has a few more rooms added to it to make it a bit larger. The design of these extra rooms are simple but very fitting for Quake. The center of the map houses the Quad damage and Mega Health. All the usual weapons are available, and due to the nature of the map with it’s narrow corridors I think that perhaps the short-rage and spammy weapons will be used most often, especially considering it’s being put forward as a Clan Arena map. 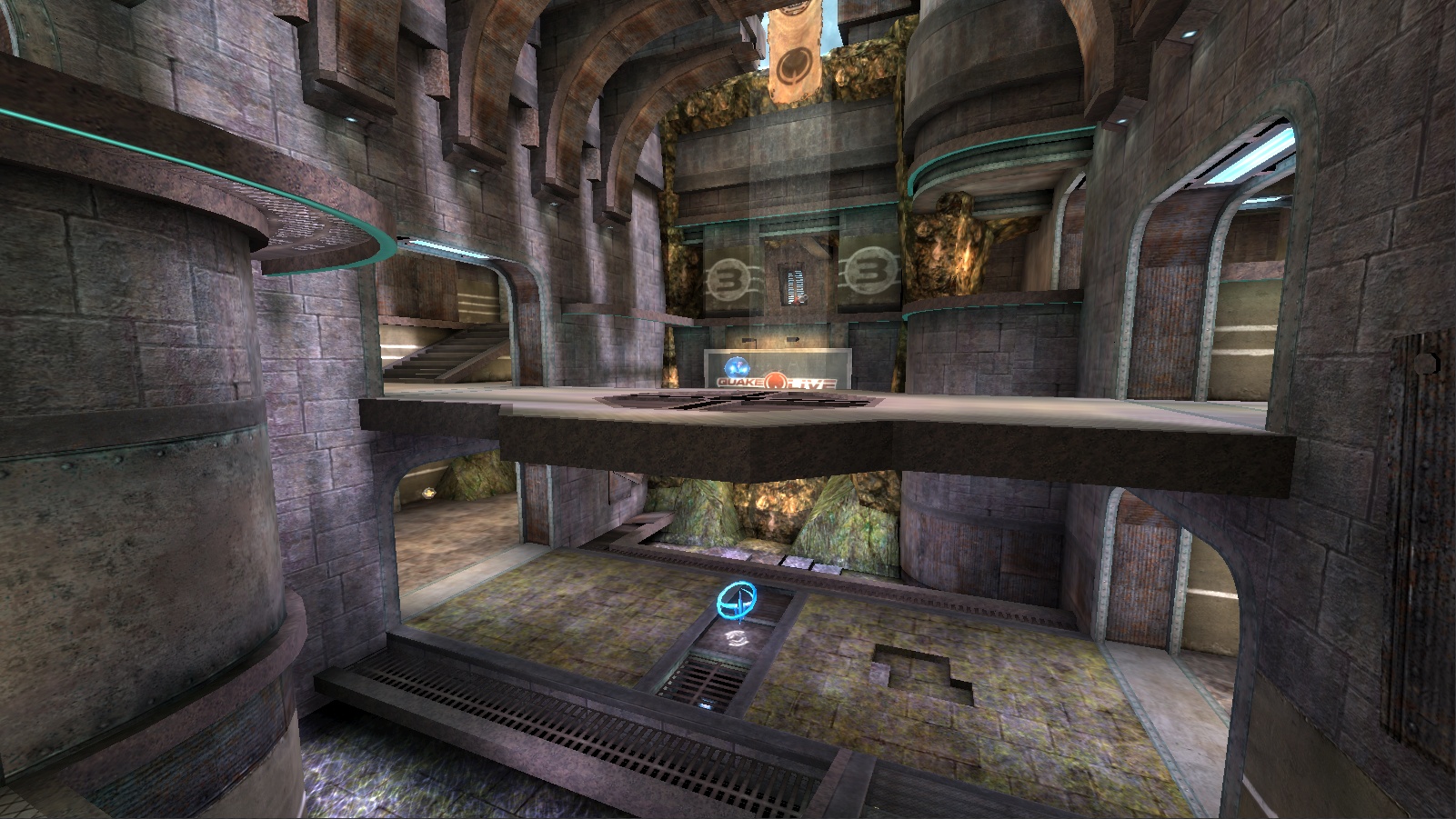 CTF map City Crossings is supposedly a part of a cityscape and while it’s initially easy to get lost, you’ll get a good feeling of direction after 10 minutes of hopping around. What I can say about it’s graphical appearance is that it’s probably the ugliest map I’ve seen in terms of textures and style. But that aside, the layout seems very chaotic at first, and the “center” of the map consists basically of 2 open gates from red to blue without a real shared mid-section. Many corridors and an under-water passage connect to the base area and tracking the EFC will require the team to communicate very quickly to be able to respond and intercept. I know this map has been played in the past in Quake 3 so I won’t even try to suggest where the best defensive positions are, and I’ve yet to find out. The map seems hectic and fast-paced once flags are being picked up, but most weight will be on the shoulders of the person guarding the center area. 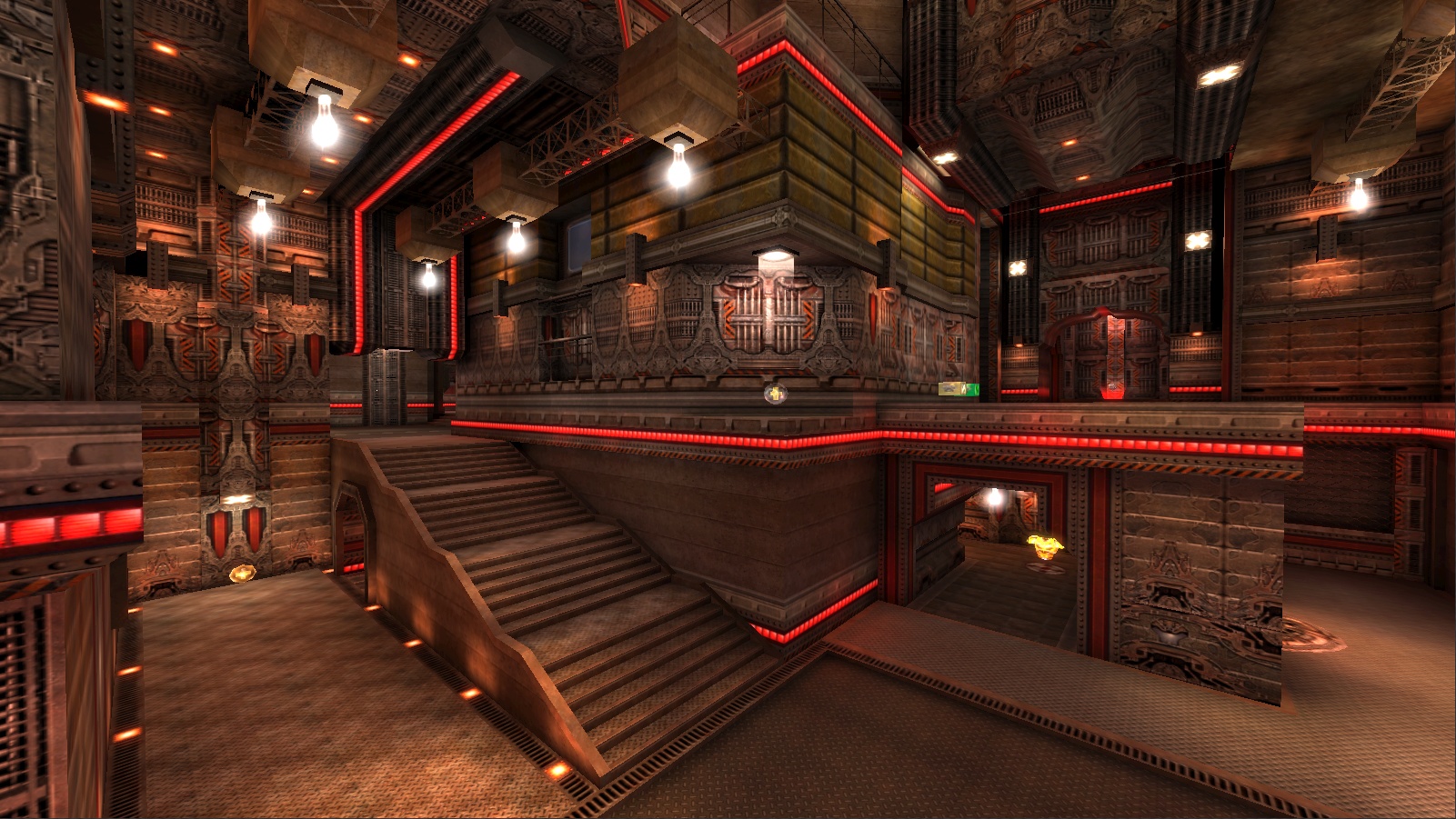 Finally, we have a fun little CTF map named Divine Intermission. The only available weapons, besides the Machinegun and Gauntlet, are the Shotgun and Grenade Launcher. The map looks visually okay as we come to expect from a Quake 3 map. It’s a very small map, I’d say smaller than Dueling Keeps (ctf1 for the purists)and it’s made out of 2 levels with a Quad in the center of the map at the lower level. There’s really not much more to say about this map. It will be a grenade-fest seasoned with plenty of shotgun pellets so let the Pro’s launch it up and get a few fun games going! 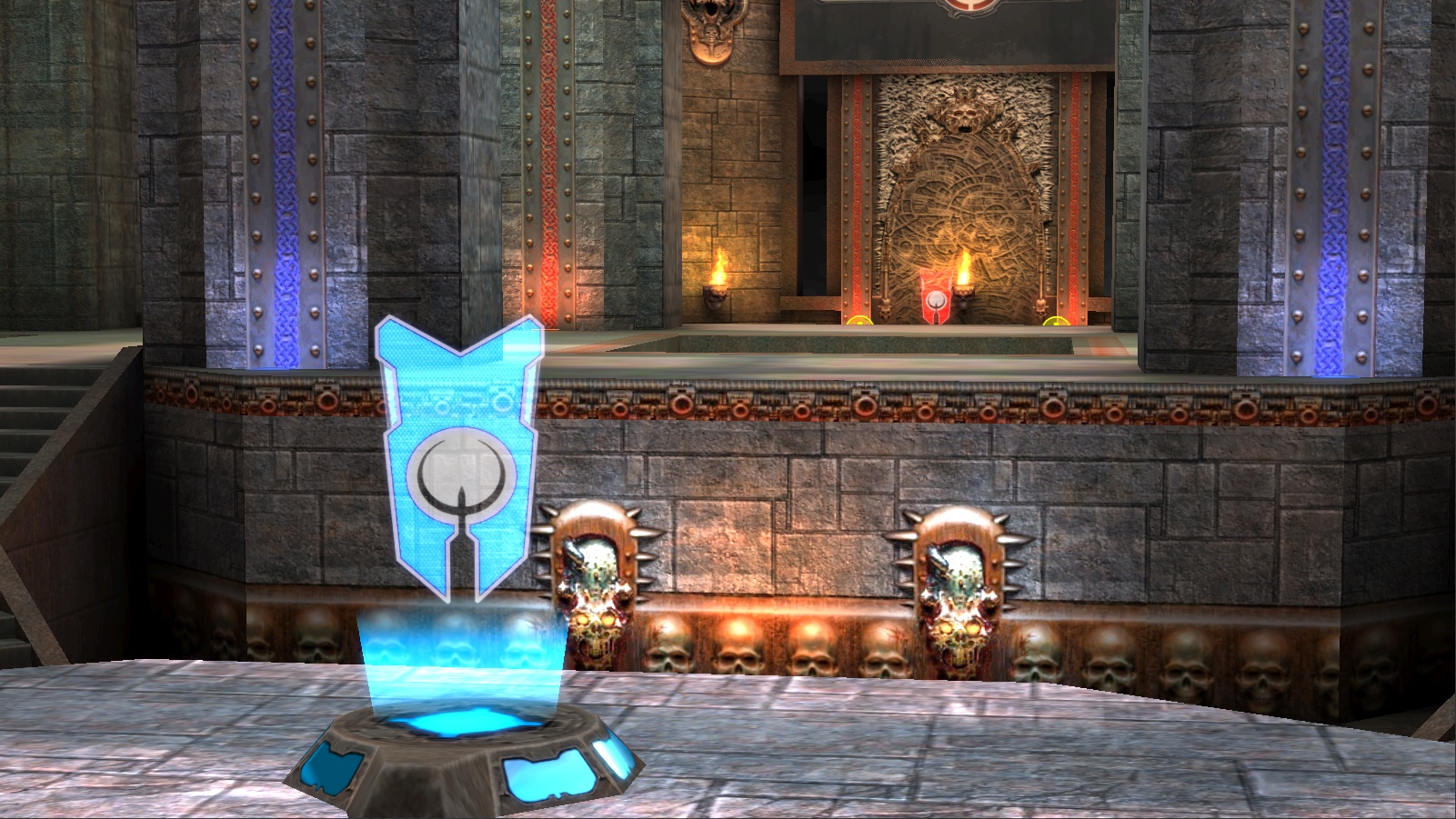 No, I did not enable any anti-aliasing.