A small update has been released yesterday that follows up on the new subscription model. Some premium features are now permanently available to standard users and it is said that new features only for subscribers will be added in future updates. Nothing more is said about those features, but the transferred features are very welcome to standard players. A whole bunch of game updates and map updates complete the package.

Standard users will be able to make use of the different killbeep sounds as well as see how many frags they made while holding the Quad or Battle Suit, but the most interesting features are the advanced scoreboards and the possibility to specify your starting weapons. Especially for Clan Arena players this will be a very interesting option. In other gamemodes or custom games your preferred weapon might not always be available, cg_preferredStartingWeapon allows you to specify a range of preferred weapons by either using the weapon number or the abbreviation (rl, gl, mg, lg).

The other new standard features are the use of the weapon config menu and options to force team and enemy skins. You will be able to specify in detail how you want a weapon to behave individually and how your team and the enemies look like ingame. 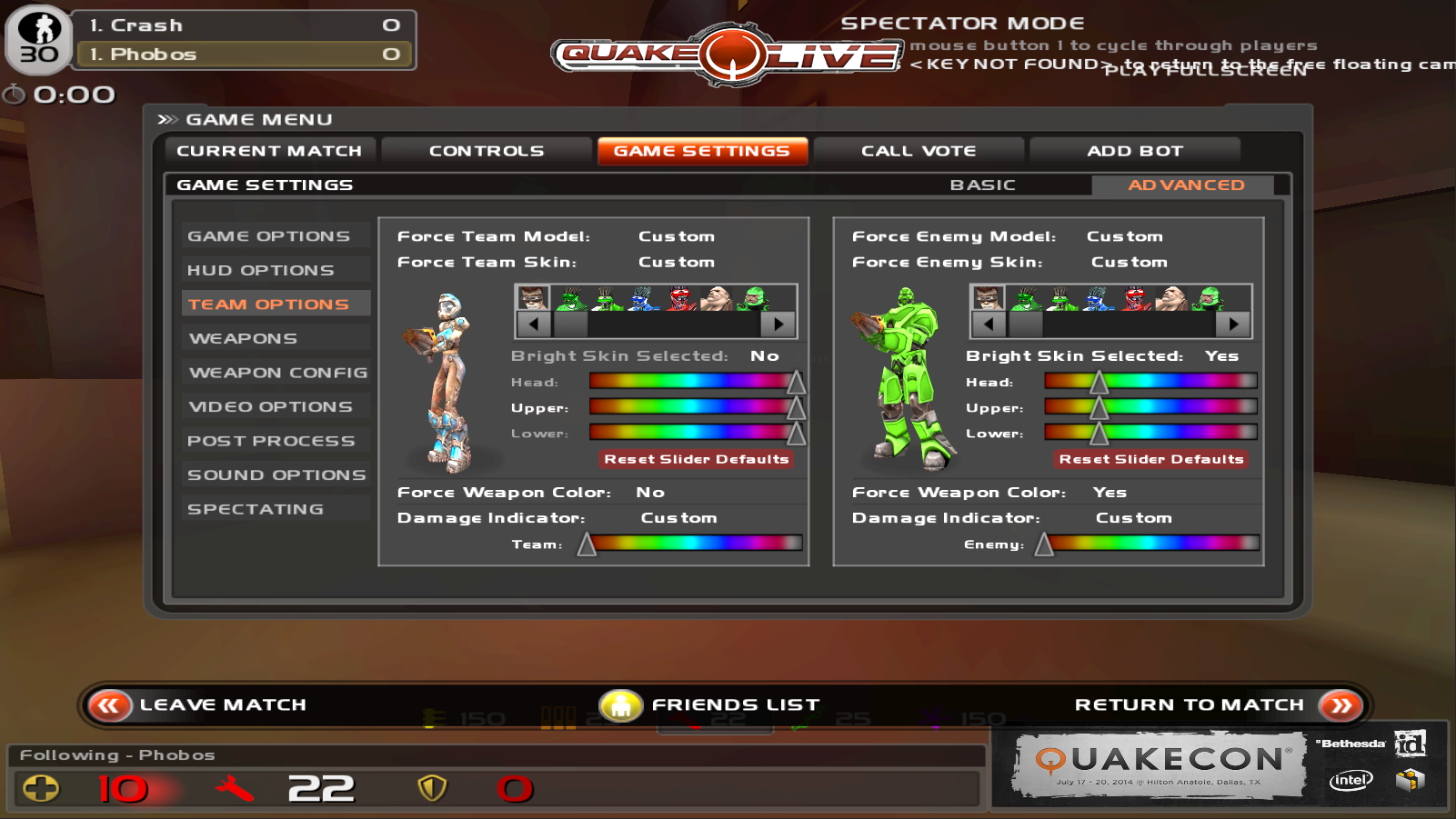 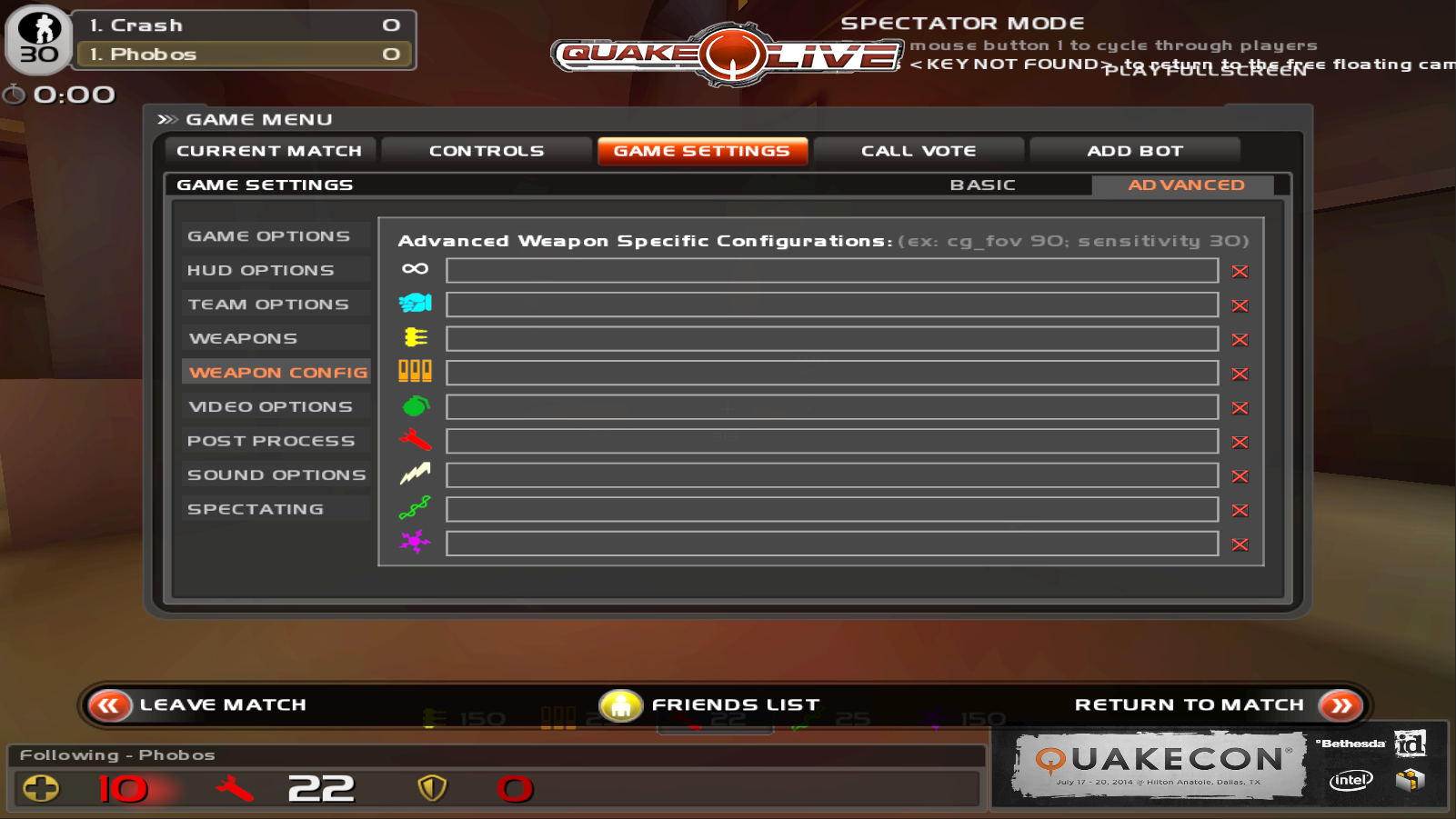 Some of the most interesting game updates are the new overhead indicators. They have been overhauled and it’s been made more clear when a teammate has died. Also, when someone picks up the Quad Damage everyone is now informed via a global chat message of who picked it up. That and more, in this Quake Live update, you can read the log below or on the Quake Live news section.

Today we have released a small update for QUAKE LIVE. As of today, several of the classically “premium-only” features have been cycled into the realm of standard-content for everyone to enjoy. In the coming updates we will now be adding new features for our subscribers to enjoy, but we felt that now was a good time to begin making some of our long standing perks available to everyone who plays. In addition to this we’ve also included a number of small fixes and improvements.